About
Blog
Projects
Downloads
Careers
Associate With Us 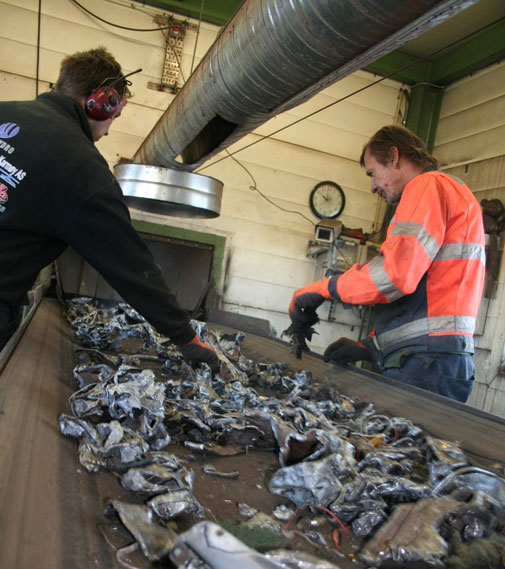 E-waste disposal: what India can learn from Norway

The Central Zone bench (Bhopal) of National Green Tribunal (NGT) recently ordered all producers and manufactures of electrical and electronic equipment (EEE) in Madhya Pradesh, Chhattisgarh and Rajasthan to set up collection centres and take back systems for discarded electronic goods. The bench came down heavily on producers and manufacturers for failing to implement extended producer responsibility (EPR), under E-waste rules 2011.

There is only one e-waste collection centre in the whole of Madhya Pradesh. The situation is no different for most of the states of the country.
‍

‍
EPR is the most defining provision in the e-waste regulation of our country. According to EPR, manufacturers are responsible for the post-consumer waste of their respective EEE products. The e-waste rules were notified in 2011 and came into effect in 2012. It has been three years since the rules were notified and two years since they came into force but only a handful of companies have come forward to manage the end of life cycle of the products that have been put by them in the market.

Where did we go wrong?

Majority of the brands operating in India do not have a tangible EPR in place for taking back or managing their end of life EEE. A recent study by non profit Toxics Link found out that despite having a take back system in place, it does not function for most brands. The producers/manufacturers do not have adequate information on their website, customer care representatives do not have inkling about any take back or recycling programme and even if they have set up collection centres, they are simply not enough for a geographically vast country like India. “India being a vast country, setting up collection mechanism is a big challenge. If any of the brands try individually to reach out to all corners of the country, it will economically not be sustainable or feasible,” says Priti Mahesh, senior programme coordinator, Toxics Link.  Another major question in e-waste management in India is how to include thousands of producers and importers under the ambit of regulation.

Take back of e-waste in Norway

India can take a cue from Norway which has e-waste take back system in place for more than a decade now. When the e-waste rules were introduced in Norway, the country faced similar questions. The authorities were finding it extremely difficult to enforce and follow up so many entities producing and importing electronics in the country. The deliberations conceptualised the idea of EPR which culminated in e-waste regulation.

The Ministry of Environment in Norway signed an agreement to set up take back companies with the producers and importers of electronic waste as early as 1998. It was a voluntary agreement and was later followed by an e-waste regulation in 1999. Like the rules in India, management of e-waste in Norway is also a producer responsibility and producers are defined as Norwegian manufacturers and importers of EEE.

“EPR implementation in Norway mandates the domestic producers and importers to finance the e-waste collection and treatment systems. The financing can happen individually or collectively,” says Silje Johanssen, an advisor with Section for Waste and Biocides, Norwegian Environment Agency (NEA). Silje explains that producers/importers of e-waste in Norway are obliged to be members of a take-back company and have to pay a fee for their membership to the take-back companies. This is how it provides the funding for collection and treatment of the waste. The price for membership differs according to product type. Currently, there are five approved take back companies in Norway with 5000 member producers/importers.”

The process, however, is not a simple one. Before starting off, the take back companies in Norway need to get an approval from the NEA. The approval process includes a verification of nearly about 50 criterions besides third party having to certify them. The process includes providing a plan detailing how they will collect e-waste and treat it in an environmentally sound way.

They also need to ensure that they will collect all e-waste from their market share which is determined by how much of electronics is put into the market by their members. The take back companies report back to Waste Electrical and Electronic Equipment (WEEE) register and also finance WEEE register. WEEE register, however is, managed by the government and maintains all records regarding e-waste in the country.

In contrast, India does not have any data on the electronics being manufactured and imported in the country. There is no national registry taking account of the producers operating in the country and the amount of EEE introduced by them in the market.

How the regulation improved management of e-waste in Norway?

“According to reports from the take back companies, the material recovery rate of collected e-waste was an astounding 82 per cent in 2012, and the energy recovery (waste to energy) rate was about 13 per cent. In Oslo, around 25 per cent of the district heating comes from waste incineration. Only about 5 per cent of e-waste was reported to be land-filled in 2012,” tells Silje.

Huge amount of recycling and recovery of e-waste in Norway has only been possible due to the presence of efficient take back system and the collective interest of the producers to comply with the legislations. In a stark contrast, the formal collection mechanisms in India are able to capture only five per cent of the end of life EEE and a huge chunk lands in the informal sector putting a question mark on the recycling and recovery of e-waste. In the absence of stringent regulatory framework producers are having a free ride. It is also true that it is difficult for individual producers to fulfill all the parameters prescribed in the legislation, but they can do it at ease as a collective organisation. Priti agrees that a Producer Responsibility Organisations (PROs) which could comprise of producers/industries that work together to comply with the rules, enforce EPR and take back or an independent company taking charge of collection in the lines of Norwegian system will work in India. The process, however, needs to be tweaked according to Indian requirements.

NGT has given a deadline of May 26, 2015 to three states (Madhya Pradesh, Chhattisgarh and Rajasthan) to comply with the order. It is now to be seen how the stakeholders who turned a blind eye to the rules, conform to this order.